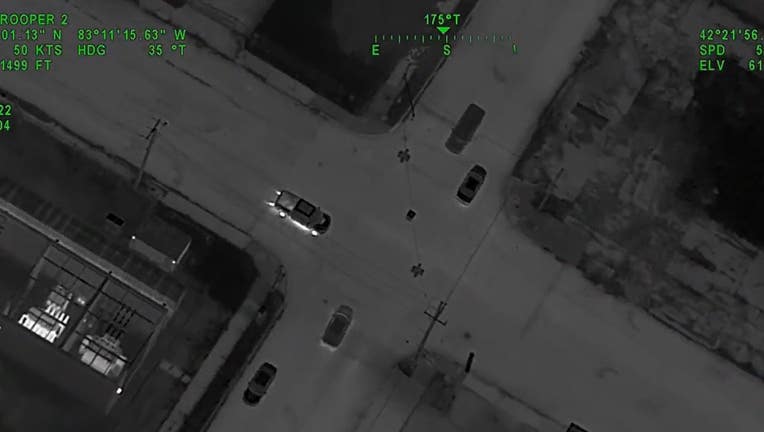 THURSDAY NEWS HIT – Michigan State Police recovered several stolen cars, including a Mustang GT that was taken out of the Ford Flat Rock plant earlier this year while investigating vehicle thefts in Detroit.

Calls came into the Detroit Command Center that multiple Ford Raptor pickup trucks had been stolen from a lot in Dearborn around 9 pm on Wednesday. The vehicles were spotted driving northbound on the Southfield Freeway when a police helicopter identified one.

The chopper tracked the truck to Lyndon Street before police cruisers eventually located the suspect vehicle on Stathmoor near W Chicago. It was recovered after the suspect abandoned it and fled on foot.

The suspect was spotted fleeing near 19965 Asbury Park, an address that police later found three other stolen vehicles.

In total three suspects were arrested and taken into custody.

A search of the residence where the stolen vehicles were found also revealed several sets of keys and a stolen firearm.

The investigation is continuing.

Family of the Novi man imprisoned in Russia on an espionage conviction are encouraged by recent news the US is offering a prisoner swap in exchange for both Paul Whelan and WNBA star Brittney Griner.

In exchange, the US would give Russia Viktor Bout, a convicted arms trafficker arrested in a sting in Thailand years ago. Whelan has been in Russia for more than three years on charges his family says he is categorically false and trumped-up. The news couldn’t have come soon enough following reports that Russia is recruiting prisoners to fight in Ukraine.

“What we understand is that 10 of the prisoners have now volunteered to go to the front in the war against Ukraine,” said David Whelan. “We had heard that the Russian military was recruiting in the prisons, so it seems to have gotten to Paul’s prison now.” Whelan added that food rations are being cut back in the prisons – and clocks and watches have been removed by guards.

The US is offering to release a convicted drug trafficker and Russian arms dealer in an exchange for two Americans who have been imprisoned in Russia – including a Novi man who has been jailed in the country for more than three years.

“And then something strange that we haven’t figured out, I’ve contacted the Russian prison monitors to see what is going on,” he said. “All the clocks and watches have been taken away from the prison walls and there are no wall clocks or watches so Paul can’t check the time and he is supposed to check in every hour as a flight risk.

Read more of what the family had to say here.

The city of Detroit has reached a proposed settlement of more than $1 million after protesters sued over alleged abuse during the summer of 2020. The activist group “Detroit Will Breathe” which led protests downtown following the murder of George Floyd in Minnesota, filed the federal lawsuit.

In the summer of 2020, there were clashes with police and protesters with instances of police brutality in Detroit captured on video during protests prompted by the murder of Floyd, who was Black, at the hands of a white Minneapolis police officer, Derek Chauvin.

Two years later comes a proposed settlement of more than a million dollars – the majority of that will go to Detroit Will Breathe. The community activist group that organized the daily protests.

Detroit Will Breathe declined to comment on the settlement. The group’s attorney said she can’t comment because she says she has not received any type of formal word from the city yet.

Detroit City Commissioners voted unanimously to approve the settlement on Tuesday. Detroit Will Breathe declined to comment on the settlement. The group’s attorney said she can’t comment because she says she has not received any type of formal word from the city yet.

A 13-year-old was shot and killed in Detroit after a dispute escalated Tuesday night. According to Detroit Police Commander Michael McGinnis, there was an argument over a cell phone that may have been stolen, which led to the shooting of Joe Nankervis near Homer and Mullane streets. It is unclear if the phone was actually stolen or who stole it.

“Ultimately, it was an argument over property that led to the death of one juvenile, and another juvenile is going to be taken away from his family for a very long time,” McGinnis said. Four people – an 18-year-old and three juveniles – are in custody, and police are seeking charges. 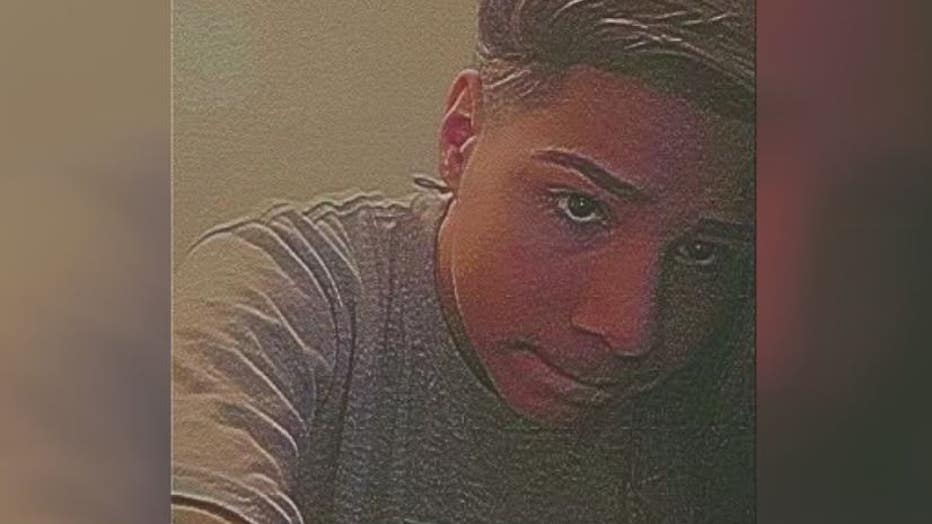 McGinnis said the four people who are in custody were together when one of them killed Nankervis. The victim and suspects knew each other, police said. “It’s coming down to you have to pull out a gun and kill someone,” Barbara Lopez said. “Over nonsense.” Lopez said Nankervis and her granddaughter de ella were dating.

“I love this boy like he was my own. He was so young. So young. He had a whole life ahead of him,” she said. “He was a little misguided, but he was good. There was no reason for what they did to him, no reason.”

Detroit will use $3 million it received through the American Rescue Plan Act to beautify alleys. “We want to stop talking about removing blight we want to start talking about building beauty,” said Mayor Mike Duggan.

The Arts Alleys project which will help spruce up alleys in five neighborhoods. It will allow alleys to be transformed into beautiful community gathering places. “Detroit is beautiful in so many ways; we are just going to help make more,” said Rochelle Riley, the director of Arts, Culture & Entrepreneurship with the City of Detroit

One alley is on the process of becoming a gathering place to focus on mental wellbeing. “This alley will allow the Manistique community Treehouse Center to have space in nature for mental health and mental wellbeing, which is one of our missions,” said Tammy Black, the executive director of the Manistique Treehouse Association. “It will also be ran off of solar power.”

The City of Detroit is using $3 million to beautify alleys in five neighborhoods, making them into community spaces.

Those who have been advocating for decades to remove blight believe this initiative will help take beautifying Detroit to the next level. “We’ve been in the business of blight removal for 34 years, and now to be able to focus on the beautification is really key,” said John George, the president of Detroit Blight Busters.

What else we’re watching

It’s going to be a beautiful stretch of weather to wrap up the week as a cold front keeps the humidity and temperatures down through Sunday. A bit more wind is expected today, but plan on mostly dry conditions with some sun.

Breezy and warm on Thursday

Rich Luterman has the forecast.

In a startling turnabout, Senate Majority Leader Chuck Schumer and Sen. Joe Manchin announced Wednesday they had reached an expansive agreement that had eluded them for months on health care, energy and climate issues, taxes on higher earners and corporations and federal debt reduction.

The two Democrats said the Senate would vote on the wide-ranging measure next week, setting up President Joe Biden and Democrats for an unexpected victory in the runup to November congressional elections in which their control of Congress is in peril. A House vote would come later, perhaps later in August. Unanimous Republican opposition in both chambers seems certain.

Just hours earlier, the expectation was that Schumer, DN.Y., and Manchin, DW.Va., were at loggerheads and headed toward a far narrower package that Manchin was insisting be limited to curbing pharmaceutical prices and extending federal health care subsidies. Earlier Wednesday, numerous Democratic senators had said they were all but resigned to the more modest legislation.