A BEAUTY whizz has shared a simple hair hack that will give you a facelift in just seconds – and she claims it’s better than face tapes.

Expensive Botox treatments that can go horribly wrong, eyebrow lifts and overpriced skincare that usually doesn’t live up to its expectations – the things we typically associate with looking younger.

But according to one hair whizz, Daphne Sierra, from Amsterdam, the Netherlands, achieving an instant facelift could be as easy as trying a simple hack with your hair.

The stunner took it to TikTok to share the beauty trick, where it’s gone viral, racking up more than a whopping 693,000 views.

To take years off your face, you will first ensure you’re rocking a middle parting, before taking even sections from both sides of your ears.

Then, as she demonstrated, grab the remaining hair and put it in a high bun so that it wouldn’t get in the way. 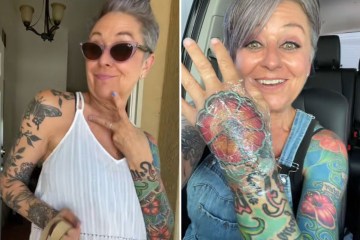 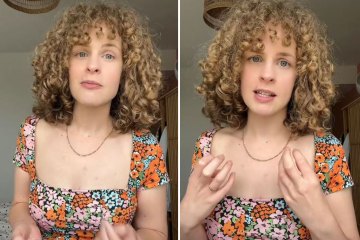 Now, onto the free facelift – take the two smaller strands of hair you separated from the rest of your locks in the beginning.

Pull the tightly and secure them with an elastic at the back of your head – for the ultimate facelift, ensure you pull these in an upright motion.

This simple hack will pull your skin upwards – the same way an expensive cosmetic surgery would.

Once done, remove the top bun, let your hair loose and adjust the elastic in the back to make sure it’s not peeking through.

”Better than face tapes!!” the whizz claimed in the caption of the viral video, which has seen thousands of likes and comments.

However, whilst some tagged their friends and family to see the hack and others called it genius, there was also a lot of negative feedback.

After watching the video and the skin being pulled so much, many pointed out that not only could this result in a headache but could also lead to hairloss.

One woman warned fellow beauty lovers: ”This is gow [how] I lost the majority of my hair last year.”

”You can give yourself alopecia if the hairs regularly pulled too tight,” a second claimed. 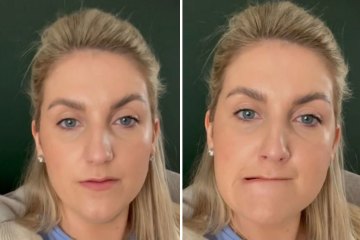 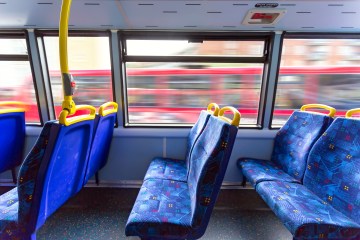 Someone else wondered: ”I really need to try this. My only concern: doesn’t this stretch your skin, resulting in more wrinkles, on the long term?”

”My headache will never allow this hairstyle,” read another comment.