When Kim dropped her new SKKN By Kim range last month, fans accused her of “copying” her sister Kylie, 24.

Kylie Cosmetics has dominated the celebrity beauty brand industry since taking social media by storm in 2014.

However, it appears Kim’s latest business venture has not come close to her little sister’s success.

According to a new study by beauty experts StyleCraze, SKKN is behind Kylie Cosmetics in a number of ratings. 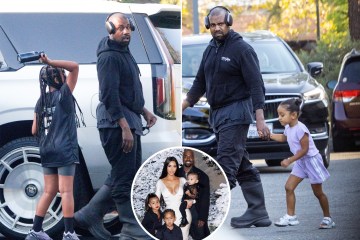 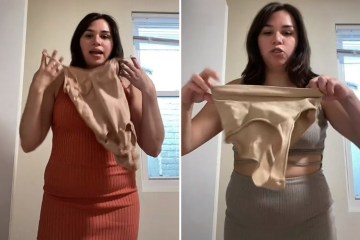 Not only does SKKN have fewer Instagram followers, lower search volume, and fewer likes per post, but it has also suffered from fewer media mentions.

While Kylie Cosmetics and Kylie Skin has a combined 32 million Instagram followers, Kim’s company has 5.5 million.

Additionally, Kylie averages around 32,000 likes per post, whereas her older sister gets approximately 3,500 double taps.

Meanwhile, the brand has received a tiny fraction of the Instagram hashtags that Kylie’s company has.

With the youngest member of the Kardashian-Jenner clan garnering over five million hashtags, the SKKN founder has just over 125,000 as of the end of July.

However, Kim’s skincare line is considerably newer to the market, having launched just weeks ago.

Kylie started the trend for celebrity bands after she launched her Lip Kits when she was just 18.

A-Listers including Selena Gomez, Harry Styles, and Rihanna are all now in the game.

Meanwhile, Kylie Cosmetics has a sister brand, Kylie Skin, which is also very popular with fans.

Kim’s new company is based on a nine-product line including face cream, toner, eye cream, cleanser, exfoliator, and more.

Fans can buy the items individually or the complete collection for $575.

SKKN is a rebranded version of KKW Beauty – a name that reflected Kim’s initials when she was married to Kanye West.

Because Kim is now divorced from the rapper, she wanted to rethink her company and give it a new name.

While many fans were excited about the launch of SKKN, Kim has been slammed over its high prices.

Despite the reaction, the billionaire founder told The New York Times that the price tags are a “necessity” in order to obtain ingredients in the products that she “would not really miss out on.”

Kim added: “The products I was using that were comparable were way more expensive, not to compare anything.

“I tried to get the quality for the best price that we could, especially the vitamin C serum.”

Since Kim launched the brand, she has shown off her make-up-free skin on social media as she demonstrates the effects of her products.

However, the Hulu star’s international fans are also unhappy that SKKN only ships to customers in the US.

The products are only available online, not in any physical stores.