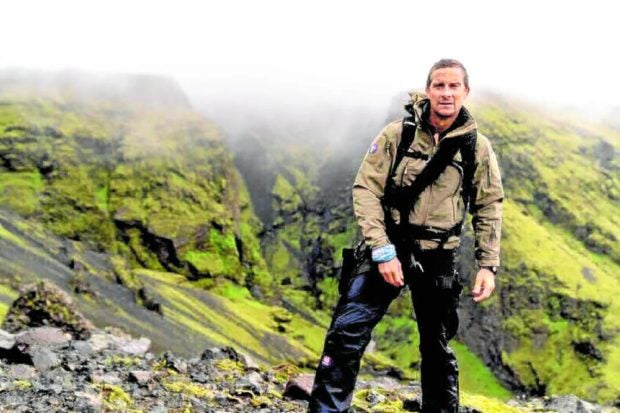 There are a lot of things that make “Running Wild With Bear Grylls” such a compelling watch, from the exotic locations he picks for his celebrity guests to the do-or-die challenges they’re made to go through.

Even more unforgettable are the stomach-churning “delicacies” that are foraged straight from nature, among them—hold your breath—wriggly protein-rich maggots, a dead sheep’s raw heart, partially digested seeds from a bird’s gut, rabbit poo stew, crunchy mouse intestine boiled in Bear’s urine, yak blood, etc. Truly the stuff that culinary nightmares are made of.

During our recent interview with Bear, the dashing British survivalist was also asked what other “gastronomic treats” he had in store for his guests in “Running Wild With Bear Grylls: The Challenge” (Tuesdays at 9 am on National Geographic), which is now on its seventh season.

“The list of wacky nutritional elements that can be found in the wilds is always long and may seem pretty bizarre,” he said, laughing. “But you know, more and more now, it has become less and less about the food we’re eating. When the guests arrive, there’s always a little part of them that kind of knows that ‘exotic food’ is going to be part of their experience.

“Maybe in the early days of the show, there was so much more of the ‘horror food’ it has become known for. But I focus less and less on that in terms of content. On these trips, we’re finding bugs and grubs and eggs and fish, and some of them are of the really grim stuff.

“But I think the reason people come to ‘Running Wild’ is the kind of honest-to-goodness adventure they don’t always get to do.

“With Natalie Portman, what I remember was having to filter some stagnant canyon water through my underpants for her to drink. I remember her being like, ‘Really? Through your underpants?!’

“This season, we also caught a lot of fish, eels, maggots on carcasses and some mixed vegetables… that sort of thing. From one adventure to another, we were in such distinctly different terrains, so we come across a diversity of stuff.

“We grab it and see what works and what doesn’t. We see what’s rotten and what will suffice. We chat, we munch, we keep moving, and then we’re on to the next things.” INQ

The hottest entertainment news straight to your inbox

Don’t miss out on the latest news and information.