There’s no doubt that inflation is impacting everyone. The cost of living has been rising—and many consumers have been forced to take a hard look at their spending, and make changes.

UpCircle Beauty wanted to gain a better understanding of what that might mean for beauty, and in turn, conducted its own study, a research panel with YouGov.

The numbers were concerning.

In the YouGov poll, one in five people said they are worried about being able to afford skincare products due to the cost-of-living crisis, and that number rises to one in three for those aged 18-25.

Some are already feeling the squeeze.

What’s potentially more worrisome in terms of skin health, one in six are worried about being able to afford sun protection products due to the rising cost of living.

“Normally we’re not ones for a doom and gloom headline but the numbers are hard to put a positive spin on,” said Anna Brightman, co-founder the London-based maker of skincare products made with upcycled raw materials such as used coffee grounds, repurposed blueberries, and discarded maple bark from the wood industry.

UpCircle is responding by implementing five key “cost of living commitments” including freezing the RRPs (retail recommended price) on all of its products until the end of 2022.

And it’s doing so at a time when its own costs are rising, too.

“We are absorbing those costs and not passing them down our supply chain but instead taking the hit on our own margins,” Brightman told Happi. “We’re lucky that this hit will not be to the detriment of our progression and ultimately will offer our customers the opportunity to buy our products at the price they’re used to, as we know many of their other daily expenses continue to rise .” 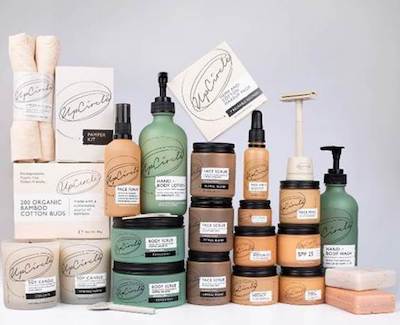 In the YouGov poll, UpCircle also found that one-third of people in the UK have sacrificed or have considered sacrificing their ethics and values ​​when buying skincare due to the cost-of-living crisis—and this could mean buyers who place emphasis on vegan and cruelty-free skincare could have their values ​​challenged by what’s in their wallet.

UpCircle was founded on making sustainable skincare at an accessible price point. We want sustainable products to be available to all because price point shouldn’t be a barrier to ethical purchasing. When we found that almost a third of the US have sacrificed or are considering sacrificing their values ​​when purchasing skincare, we knew something had to be done,” Brightman said.

Brightman co-founded UpCircle Beauty in 2016 with her brother William. The UK-based brand is sold in the US inside Credo Beauty stores as well as online. Earlier this year, UpCircle Beauty became officially certified Plastic Negative.

In addition to the price hold, the indie company is donating £1,2000 worth of stock to Toiletries Amnesty and it has planned a team-wide volunteer week at The Euston Foodbank, which, like UpCircle, is based in London.

The company—which was Happi’s “Indie Inc” profile in October 2021—says it has also lobbied local members of parliament to provide financial support to families in need and it will use its platforms to reach 200,000+ weekly with knowledge and tips to help cost save.