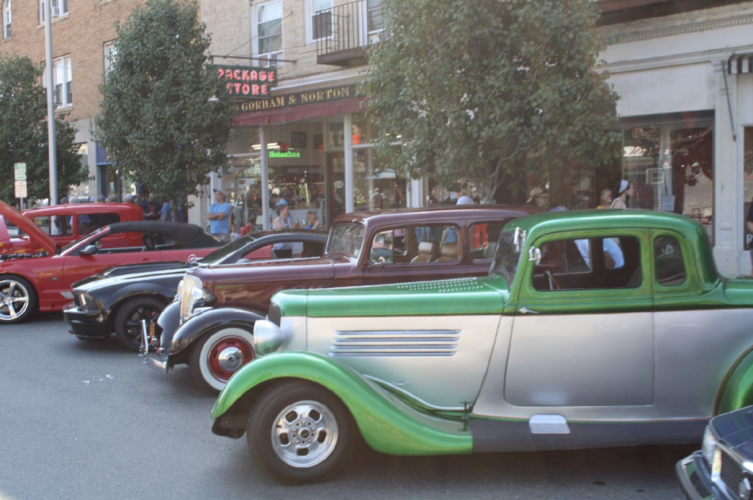 Some of the many cars that lined up both Main and Railroad Streets on Thursday, Aug. 4 during the Fire Department’s annual car show. Photo by Shaw Israel Izikson

It did not matter if the vehicles were shiny or totally rusty, all types of cars and trucks were welcome at the event.

Main and Railroad Streets were closed off for several hours for the event. Department Chief Charles Burger said that the event has been held for 12 years, with breaks due to the pandemic and when a bridge on Bridge Street was not usable. “There’s a lot of locals here with their cars today,” Burger said. “It’s one of the times of the year that you mostly see local people on Main Street. It’s always fun putting on a big event for the community.” Burger did not have an estimate of how many people entered in their classic cars for this year’s
show, but he did say that each event brings in around 250 to 300 classic car owners.

One of the many classic car owners taking part in the show was Jack French from Sheffield, who brought his 1946 MG TC. “Why are classic cars still popular? Look at the big wheels! The long hood! And look at the big
headlights!” Frenchsaid.

Some residents entered more recent car models into the show, including Frank Karbelnikoff who entered in his 2003 Nissan 350 Z Grand Touring vehicle. “It is a dream for me to work on cars like this,” Karbelnikoff said. “This was in the ‘Fast and Furious: Tokyo Drift’ movie. When I first saw it, I just fell in love with it.”

Former department member and Housatonic resident Steven Hall brought his 1934 Plymouth PE Deluxe to the show. “Everyone loves classic cars,” Hall said. “Each show has had a different variety of classic cars, which makes this event so nice. It’s always a great time for people in town and in the surrounding areas to get out and look at all the cars.